This year’s Litigation PR convention of CLCA’s academic partner, Professor Dr. Patrick Krauskopf and ZHAW School of Management and Law, will take place on 18th April 2018 in Winterthur, Zurich, Switzerland under the title “The influence of Trump, Twitter & #fakenews on legal communications.” It is the largest Litigation PR conference in DACH region (Germany, Austria, Switzerland) with experts such as the former German Minister of Finance Peer Steinbrück, the judge and speaker of the court during the NSU and Hoeness trials, Andrea Titz, as well as the former Swiss Federal Minister of Defence and Undersecretary General of the United Nations, Adolf Ogi. We are glad to announce that CLCA members Uwe Wolff of Naïma SLS and Patrick Minar of Schneider | Minar | Jenewein will participate as speakers and present their expertise during a presentation titled “Fake versus Facts: Litigation PR in the Post-Truth-Era”.” 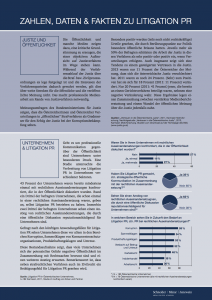 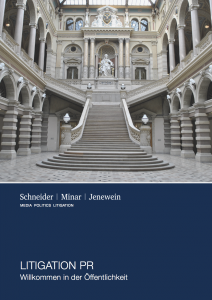